On May 16, 1940, officially known as “Nylon Day,” four million pairs of brown nylons landed on department store shelves throughout the United States at about $1.15 per pair. They sold out within two days.

TIME reported that something strange was going on in Wilmington, Del.: every Wednesday, women would wait for the stores that sold lingerie to open and then rush in, ready to offer proof that they were Wilmington residents.

The reason for the rush? Wilmington was the home of E.I. du Pont de Nemours & Co., the chemical company better known as DuPont, and was the only city in America where nylon stockings could be purchased, for between $1.15 and $1.35 a pair (and only by residents of Wilmington). By the end of each Wednesday, the stores would be nearly sold out. Even though silk stockings were cheaper — about $1 a pair, by TIME’s reckoning — the nylons sold out for months after their debut on this day 75 years ago, Oct. 24, 1939.

Nylon - how the first synthetic fiber has been invented

Silk stockings were an essential item of a well-dressed woman's ensemble in the 1920s and 1930s. They made a woman's legs look smooth and sleek, and they were the ideal accompaniment to short skirts and high heels. In the 1920s, women spent millions of dollars on silk stockings.

Wallace Carothers (1896–1937), an employee of the DuPont Chemical Corporation as searching for a synthetic substitute of silk because natural supplies were insufficient to meet growing demands for that fiber. Using coal, water, and air as raw materials, Carothers developed by 1935 a synthetic product that could be stretched into a fiber and that got stronger and silkier as it was stretched.

The theory did hold true, but Carothers' initial polymers had molecular weights of "only" 5000 to 6000 grams per mol; polymers of this relatively small size were not functional enough to be mass-produced in industry. The problem was due to an entirely different type of chemistry: equilibrium. Polymerization did effectively produce large polyesters, but, as a condensation reaction, it also produced one molecule of water for each individual condensation of the (-OH) and (-COOH) group.

The repeated unit of nylon 6. This polymer differs from nylon 6,6 in that it consists a single monomer (caprolactam, a cyclic compound with an amine group and a carbonyl group on separate carbons), whereas nylon 6,6 utilizes two monomers.

Nylon 66 is still made commercially by the procedure originally developed by Carothers in 1935. The process is initiated with the reaction between adipic acid (HOOC(CH2)4COOH) and hexamethylenediamine (H2N(CH2)6NH2), which results in the formation of the monomer (-[-CO(CH2)4-CONHCH2)6-]-) from which the polymer develops. That monomer has active groups at both ends of the molecule, allowing it to react with others of its kind to form long chains that make up the polymer. Methods for preparing the other polyamides can differ quite significantly from the Carothers procedure. For example, nylon 6 is made by the polymerization of aminocaproic acid (H2N(CH2)5COOH). The polymer formed in this reaction also has blocks of methylene (-CH2) groups joined by amide (CONH) groups, although the specific structure is somewhat different than it is for nylon 66

Nylon 6, 6 is a linear condensation polymer made from hexamethylene diamine and adipic acid. Specific amounts of the two chemicals are combined in solution to form nylon salt. This salt is purified, polymerized, extruded in ribbon form, and chipped into small flakes or pellets. These flakes or pellets are melted and extruded through a spinneret into cool air and the nylon filaments are formed.

Nylon first appeared in commercial products in 1938, first in toothbrushes with nylon bristles, and later in women's stockings. During World War II, the U.S. military found several uses for the compound, especially the manufacture of parachutes and mosquito nets. Today, nylon is used in a very wide array of products.

But by then, fashion trends had already spurred such high demand for the stockings that when consumers couldn’t get their hands on them, a black market emerged. Some women even resorted to painting their legs in an effort to capture the look.

When the war ended and production returned to pre-war levels, consumers rushed to department stores. They waited in lines that dwarfed Black Friday queues and sometimes even resulted in violent kerfuffle’s. The phenomenon came to be known as the nylon riots.

One of the most notable examples occurred in Pittsburgh in 1945, where 40,000 women lined up to try to snag a pair.

Production of nylon 6 and nylon 66 for 2006 in the United States was estimated to be about 1.6 million kilograms (3.5 mil-lion pounds). About three-quarters of that production is used for the manufacture of fibers used in industrial operations and for textiles. Fabrics made from nylon are strong, resistant to abrasion, resistant to alkaline materials, and capable of taking most dyes. The clothing industry uses nylon fibers to make a variety of fabric types, including fleece, velvet, satin, taffeta, lace, and seersucker. Nylon clothing is lightweight, silky, attractive and smooth. Since it does not absorb moisture or odors readily, it is in demand to produce athletic clothing. Nylon is also used in the manufacture of home textiles, such as furniture covering. Nylon rope is twice as strong as rope made from natural fibers such as hemp and weighs less.

About 15 to 20 percent of all nylon produced in the United States goes to the manufacture of molded plastics, such as those used in automobile and truck parts, housing for electrical devices, and consumer articles. The next largest application for nylon is in tubing, pipes, films, and coatings. Some specific articles made from nylon 6 and nylon 66 include the following:

How nylon got its name?

There are many stories about the name origin. I have collected the most funny ones.

Carothers called his superpolyamide “fibre 66”. The Du Pont management did not think this name had enough advertising appeal, so a naming committee was appointed that came up with almost 400 (!) creative suggestions.

Duparooh”, which was proposed by Ernest Knight Gladding (1888-1958), the head of the Du Pont rayon department, did not convince a majority of the decision-makers. The acronym was considered to be nothing more than a joke, because it stood for “DuPont Pulls A Rabbit Out Of The Hat”.

““Wacara” in honour of Wallace Carothers or “Delawear”, a combination of “wear” and Delaware, the US state in which DuPont produced the polyamide fibre, found too few advocates as well.

Gladding then proposed “Norun”. That sounded good and suggested that the material did not ladder (“no run”), but this name was rejected again because it was not true.

Without further ado, “Norun” was changed to “Nuron”, because “nu” sounds like “new”. There was, however, a danger that it would be confused with a nerve tonic (“Neuron”). Gladding replaced some letters and the word “nylon” was coined. A composition designed to sound good that did not really mean anything, even though claims were subsequently made about meanings on which the word was allegedly based.

One of these interpretations is that “nylon” came from “New York” and “London”, because two chemists thought up the word on an intercontinental flight from one of the cities to the other.

An alternative which is claimed is that DuPont chose the name “nylon” with the aim of provoking Japanese industry, which would be able to export less silk as a result of the new artificial fibre – this story says that “nylon” stands for “Now You’ve Lost, Old Nippon”

The term nylon has never been trademarked.

The Man Behind the String

The father of nylon was a Harvard-educated, world-renowned organic chemist born in Burlington, IA in 1896. Wallace Carothers had nearly 50 patents to his name by 1937, but his depression prevented him from witnessing the success of his inventions firsthand. Carothers often doubted his own competence as a chemist, and was forlorn when his early superpolymer prototypes failed.

Though he had created the first commercially available synthetic fiber and was elected to the National Academy of Science, Carothers suffered from severe mental depression. In 1937, he mixed a cocktail of lemon juice and cyanide and committed suicide; due to his efforts, however, the synthetic fiber and plastic industry took off to the omnipresent powerhouse it is today.

Nylon stockings no longer inspire riots. But nylon as a material is arguably more pervasive than ever. Every day we use nylon despite the age or profession. 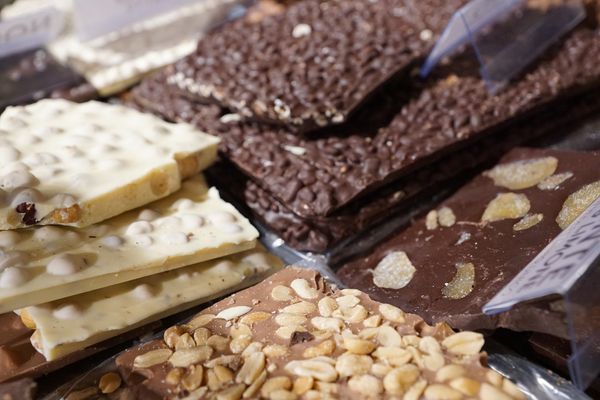 Chocolate is a worldwide favorite, but the term “chocolate” actually means quite a few different things. From cocoa bean to sweet milk chocolate or super dark chocolate is a long process. Story by Jan Witkowski

A pet is not only a cute animal. The capital letters PET stand for an exciting material which influences our life, more than we expect. Story by: Elmar Bartsch