Anyone who has ever baked a cake knows this.

The ingredients eggs, sugar, butter, flour, cocoa, baking powder and cinnamon only make a delicious chocolate cake, if the ingredients are mixed together.

If you didn’t mix the ingredients and put them into the baking tin separately, the result after baking would be a disaster.

But if the ingredients are completely mixed, the result is a real treat for the palate.

The aim of mixing is to mix separate or heterogeneously distributed substances in such a way that the distribution of all substances within the whole mixture is as homogeneous as possible.

Do you know the difference between a mixture, a suspension, a smoke, an emulsion, a spray, a foam and a blend?

How to create a homogeneous mixture of solids?

Machines can generally fulfill these requirements much better than humans can with manual work and are able to produce larger quantities in a shorter time and with reproducible quality.

However certain prerequisites must be met:

◾ The intensity and direction of the force input should change constantly
◾ The ingredients should be mixed at the appropriate speed
◾ The required mixing time shold be observed
◾ Every area in the container must be covered by the mixing process
◾ The particles of similar size but different weights are mixed evenly.

How To Describe Mixers?

Often it is a mix of two or three of the following criteria:

Which mixing process is the right one for my material?

Let us have a look at the pros and cons of both mixing processes. They mostly depend on the processed material and the required results.

For this reason, two mixers running in parallel are often used in practice.
While one mixer is idle and being cleaned, production can continue via the other mixer.

This process is recommended, if the mixing material is changed frequently or the mixing process has to be adjusted again and again. The mixers required for this are also called batch mixers.

How do you assess whether a homogeneous distribution of all substances has been achieved by mixing?

A mixing process is successful if a random sample from the total mixture contains the substances in the proportion in which they were added to the mixture.

Example: You mix a bucket of concrete in the ratio of 1 part cement and 4 parts gravel with a little water. Then you take a ladle of concrete. This partial quantity from the bucket should contain, in addition to the water, if possible exactly 4 times as much gravel as cement.

If this is not the case, then the mixing was poor.

Further challenge is the time between the finished mixture, its packaging and transportation.

Many mixtures tend to segregate and must be remixed before use.

Good to Know about Mixing

Efficiency: the mixing process should be as short as possible while reliably achieving the desired mixing.

Danger: due to friction and/or chemical reactions of the substances, heat and/or gas can be generated during the mixing process.

Emulsion and suspensions: generally tend to segregate themselves and must be remixed before use.

We put a lot of energy and ❤ into any new project, so that you can achieve your goals.

Then take some action and invest few minutes of your time. 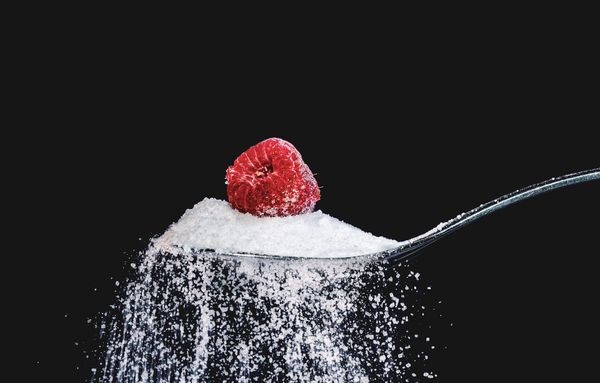 Sugar Makes Life Taste Sweater - How much Do You Know About The Processing?

This post is the start of a new series about our network experts. #ExpertsOnDemand. We work with many partners, companies, and experts to provide necessary technological solutions, processes, and expertise.