The history of coffee begins in the center of Africa, in Ethiopia, in the province of Kaffa, where there are records of its cultivation since the XV century. The legend tells that a shepherd Yemmeni went out to feed his goats and was surprised by the behavior that these animals had after eating the coffee cherries. He observed how the animals jumped from one side to the other with a lot of energy. Encouraged by what he had observed, he gathered several of these fruits and took them to the monastery, where the chaplain ordered them to be put to boil, after a few minutes they tasted the tea from the coffee fruit, which had a bitter and very unpleasant taste. The chaplain then asked to put the fruits on the fire and what a surprise he had, when the beans were roasted, they gave off such a delicious aroma that the chaplain could not resist and ordered the roasted beans to be put back together and boiled. The result was a drink so delicious and with so many nuances on the palate.

Coffee is the fruit of the coffee tree, a plant that can grow up to 9 meters high, although for its cultivation it is recommended that it does not exceed 3 meters in height to facilitate the harvesting of the fruit. There are various types of coffee trees (e.g., Libericá or Exelsa) but its potential value lies in the following two classifications:

The coffee process is really complex and involves around 25 million coffee producing families around the world.

Production begins with the appropriate selection of the seedlings, which are generally grafted, to achieve characteristics of resistance to different diseases and qualities in fruit production, remember that once planted they can be in production for about 20 to 25 years.

Coffee acquires specific and special characteristics depending on the soil in which it is planted, the humidity, the altitude, the hours of light that the coffee trees receive per day and the type of fertilizer used. It can take from 2 to 4 years from the time the coffee tree is planted to its first harvest.

The coffee fruits, the drupe, also known as cherries, are harvested and classified by hand, with the day laborers being in charge of selecting only the fruits that have an optimum ripeness, of an intense red color, and leaving the green fruits or those that have not yet reached the necessary ripeness on the coffee tree.

The first coffee selection process is known as the wet mill and should be carried out within the first 8 hours after the coffee has been harvested, due to two very important factors: the fermentation of the fruit and the oxidation of the pulp (if this happens, it transfers its reddish color to the bean and sometimes undesirable flavors).

There is also a process in which the mucilage is preserved after the peel and pulp have been extracted. This process is known as Honey and involves a controlled fermentation process that brings the characteristic flavors of the fruit to the bean.

This first process is carried out in the producing farms and begins with the reception of the recently harvested coffee, which is checked once again to avoid the passage of beans with malformations or defects or that do not reach an adequate maturation. The beans are then deposited in the pools also known as piletas, and at this moment the first classification takes place, separating the beans that precipitate from those that float, with those that float being classified as lower category and those that go to the bottom of the pool being the beans with the best quality.

After this first classification, the fruit is passed through a pulper, which generally works by means of a rotating screw or an endless screw that removes the mucilage and leaves the grain. After going through the pulping process, in the Honey process the process is paused after the pulp has been extracted and the fruit is left to ferment with the mucilage, while in the traditional process the coffee immediately reaches a sieve, where the bean is separated from the fruit and the coffee is washed to separate any leftover pulp from the bean and goes on to the fermentation stage.

This is traditionally done under the sun and is a process that takes about 48 hours minimum, depending on the intensity of the sun for a traditional drying and about 2 to 3 weeks in a Honey process. It is a long and very important process, since natural drying makes the characteristics of creaminess and acidity. This is a process that can be carried out in elevated chambers, which allows a better air flow or directly on terraces where it must be constantly moved to release the humidity. A poorly dried coffee can develop a fermented, moldy or rotten flavor. The premature aging of the cup due to a defective drying process has also been studied, causing the coffee to lose its aroma and flavor characteristics.

There are also mechanical dryers that accelerate the grain drying process by means of hot air at a maximum temperature of 45 to 50 degrees Celsius. Mechanical drying is widely used in large productions because it economizes the space occupied by the terraces and accelerates the process from 48h to 25-30h. The humidity in the grains must reach around 10% to 12% to consider the process completed.

Once the grain is dry, it turns a light yellowish-brown color and is called parchment (this is due to a husk that covers the grain).

The bean must now pass through a threshing machine that removes the parchment, thus beginning the so-called Dry Coffee Processing. This process is normally carried out outside of the producing farms, in facilities that are dedicated to the dry processing of coffee leaving the bean of a green color, at this moment the coffee is known as gold. After the parchment is separated, the beans undergo a classification by size, which is again carried out through sieves of different caliber. Generally, this classification is divided into four general groups, the small bean that is also called caracolito (a coffee with special characteristics, this type of bean develops only one seed in the coffee cherry), the medium bean, the large bean and the premium or extra-large bean (generally used for export to Asia and Europe).

The classification by size of green coffee is very important not because the larger beans are more valuable, but because when roasting the beans, if they are not divided in this way the smaller ones will burn and the larger ones may not obtain a quality roast.

Once the coffee has been classified by size, it is roasted, for which some samples are taken from each lot of gold coffee and the experience and knowledge of a master roaster is required to balance the roasting of the beans to obtain their best characteristics. Coffee can be roasted in different machines, some work with hot air turbines, others by means of a constantly rotating cylinder. In industrial roasters a medium roast is usually sought, starting with preheating the ovens to 200 degrees Celsius, when introducing the beans, the oven will lower the temperature and special care should be taken so that the temperature rises slowly, if the temperature rises too quickly, the beans will burn on the outside and a uniform roasting will not be achieved. Equally as important as achieving the correct roasting of the beans is knowing how to cool them in the adequate manner, remembering that the essential oils of coffee are volatile. After roasting the beans should be cooled to room temperature in about 3 minutes, in order to conserve the best organoleptic characteristics.

After obtaining the perfect roast, the bean is subjected to the grinding process, which is important and will depend on the method of preparation of the coffee used to obtain the cup. Always taking as a reference the essence of the coffee (espresso), the grind can be of different granulometry depending on the machine or method used. Commercially the coarse grind is used for french press, the medium grind for percolator, drip grind for drop method, and the finest grind for espresso.

This process takes place after roasting and grinding the coffee, the grind should be as uniform as possible, so it is classified according to its granulometry, using different sieves. The ground coffee is then deposited in extractors, where pure hot water is added at a temperature between 150 to 180 degrees Celsius, and the infusion takes place. In this process the pressure of the water applied is between 5 to 15 kg/cm2. The infusion is then cooled and transferred to the dehydrator that will evaporate part of the water, going from having 10% to 15% of coffee to 50%. This concentrated coffee is then passed to a centrifuge to separate the insoluble particles from the coffee, separating them and discarding the sedimentation.

Drying is performed with concentrated extract pumped at high pressure which precipitates as small droplets that are dried by hot air using the spray dry method.

The process then continues with agglomeration.

Immediately after the spray dry the particles are dispersed and are taken again to a system that injects steam, as the particles are wet, they join together, forming small lumps, these are dried again and packaged to be sold and consumed all over the world.

Solubilization process by freeze-drying and micro-milling

The process begins in the same way as the sublimation process, the coffee is roasted, ground to the exact granulometry and the infusion is carried out. The first difference is at the moment of cooling the coffee, after the extraction of the infusion, at this moment it is cooled to -5 degrees Celsius, in this way the cry concentration is carried out by means of the formation of ice crystals formed 100% of water. This method is considered the most efficient method of separation of solids that exists commercially for the coffee industry. The coffee is then subjected to a process of foam generation at a low temperature between -5 and -6 degrees Celsius in constant movement in a mixer with rotating blades to increase its density and facilitate freeze-drying. The extract is transported to a freezing chamber at -50 degrees Celsius. Once the coffee is super frozen, it is ground to the perfect granulometry. Then the coffee is subjected to a slight heating in vacuum chambers to extract the humidity residues, thus carrying out the sublimation process, preserving the best characteristics of the coffee. 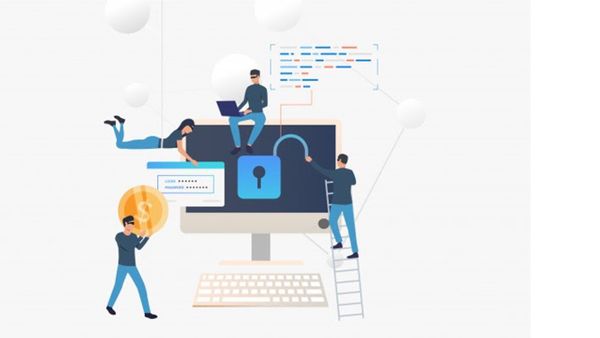 By Miguel Gonzalez, 17/01/2021 Advances in technology have contributed heavily in the improvement of different business areas like customer service, manufacturing, data analysis, and communication. These improvements allow 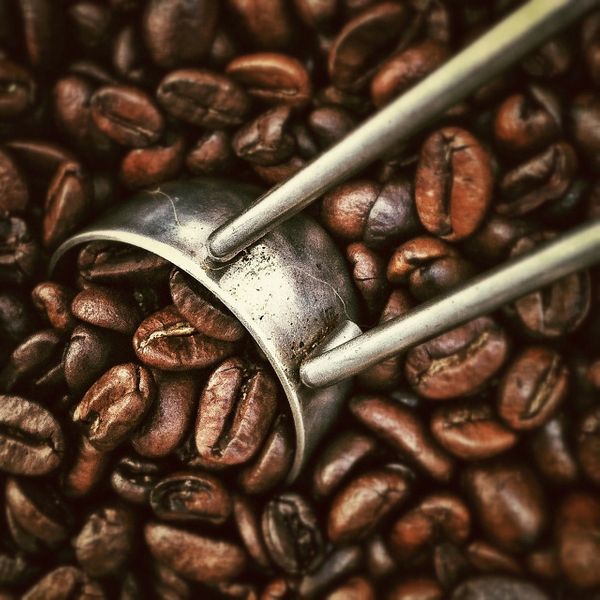